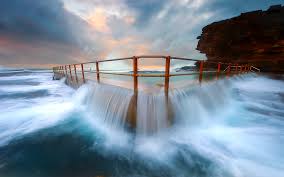 Sometimes I wonder how people make it day in and day out without God, or Spirit. Then I look in the mirror and realize that I am! Making it without God, that is. I don’t mean to. It’s really not true anyway. God is always there. Guruji had a saying that if God chose to withdraw His breath from you, you’d go. So we only seem to do without.

Today I did a few kriyas and a few EE’s (energization exercises). Both are forms of pranayama, so they have way more benefits than their ultimate goal of stilling the mind and body for meditation, concentration on God. For instance, EE’s are said to drive out all types of physical, emotional, and mental maladies. A couple of years ago, I was super depressed, feeling stuck in a job and work environment I felt was oppressive and frustrating. I called the Mother Center (Self-Realization Fellowship Headquarters) to speak with a nun for counseling. I don’t remember what all the Sister said, but the talk seemed incredibly unhelpful!

I’d so looked forward to that call. At the end, she suggested that I practice the EE’s when we got off our call.  I agreed and intended to do so, but I decided to take a drive through the countryside first and let it all out over loud music and tears. The first thing I did was EE’s when I got back home. The feeling was almost like when my ears unplug after being under water or when they pop after a change in altitude…a release. I felt so relieved and clear minded.  Shortly thereafter, the phone rang. To my surprise, it was the nun again! She said, “So I see you practiced your EE’s.”  I was stunned! How did she know that??? It’s not like I practiced right after our call. I took at least an hour long drive.  It was as if Sister also caught that thought…she said, “When I say ‘see’, I don’t mean I actually saw you practicing them. I can tell it in your voice that you practiced. You seem lighter.” I totally believe that she didn’t remotely view me practicing, lol, but she definitely had to have had an intuitive hit to call me back and at that time. Having called for some guidance before, I know they do a follow up call, but it’s usually way later, like at least a month…not same day, not within a couple of hours.

So I don’t doubt any of the techniques that Guruji taught in the SRF Lessons. With experiences like that, why would I? Yet, it’s so easy to feel like I don’t have time for this 15-minute pranayama practice. For me, it drives out depression, negative thinking, and stagnant energy. Sometimes I do them first thing in the morning, sometimes not. This morning, the thought to do them kept coming up, but I ended up not following through. And it ending up being such a long drawn out day!! I thought, “Is this June 21st? The longest day of the year??” Ugh! Wished I’d practiced before work. Maya (delusion in this illusion) is strong!  It makes it easy to crowd out God. I’ve been having so much difficulty in making time for my spiritual practice that I’ve now put reminders on my Sunrise calendar — 5 a.m. & 10 p.m.: energize and meditate. Let me crowd out the world instead!

First things must come first. When you awaken in the morning, meditate. If you don’t, the whole world will crowd in to claim you, and you will forget God. At night, meditate before sleep claims you. – Paramahansa Yogananda,  Man’s Eternal Quest (p. 428)